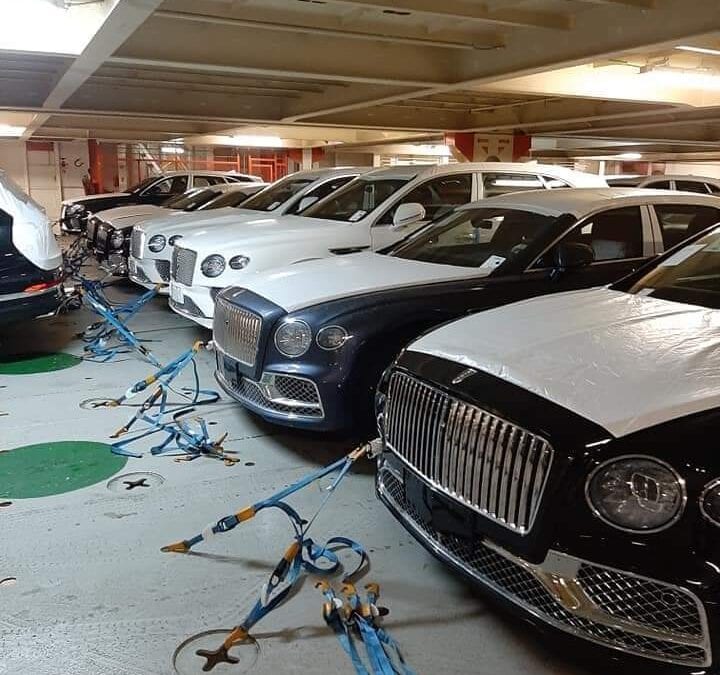 It all sounds so simple when ro-ro cargo is loaded on a ship in Southampton and heads off around the world but the process of preparing the shipment, planning the loading and putting everything in the right place often starts at least three weeks before the ship arrives.

Shipping line agents will kick off the programme with notification of the ship’s estimated arrival date and a provisional booking list of cargo. Shortly afterwards, the cargo will start arriving in the port and will be received, marshalled and stored on the quayside by SCH personnel close to where the ship is expected to be berthed.

As arrival date gets closer and the total volume of cargo is finalised, we will start looking at the amount of labour required to service the ship, from mooring to discharge and loading, lashing the cargo in place and finally letting go of the ropes.

Much will depend on where the ship berths. At 44 berth, we know the proximity of the ship to the cargo, such as that stored in neighbouring multi-storey car parks, will mean that every cargo operative should be able to load a certain number of cars or high and heavy vehicles per hour. At other berths further away, those average rates could be lower.

To ensure the ship sails on time that evening, we have to carefully work out the amount of labour to allocate so those timings are met.

Besides liaising with the shipping line’s port agents, there will also be close working ties with the line’s port captain. He will provide us with a plan of where existing cargo on the ship is stowed and instructions on which decks to place the cargo being loaded in Southampton.

Distribution of weight throughout the ship’s decks is a crucial factor, especially the positioning of high and heavy shipments weighing tens of tonnes. Throughout the day, there will be a constant flow of traffic from quayside to ship with our teams driving vehicles and securing the cargo to the deck once it is on board.

Once the cargo operation is complete, our specialists will add to the original loading plan with details of what has been put on the ship in Southampton and where, with a hard copy going to the ship’s master and soft copies distributed to those who need.

Only then is the ship cleared to sail – the final piece in a jigsaw that takes several weeks to put together.