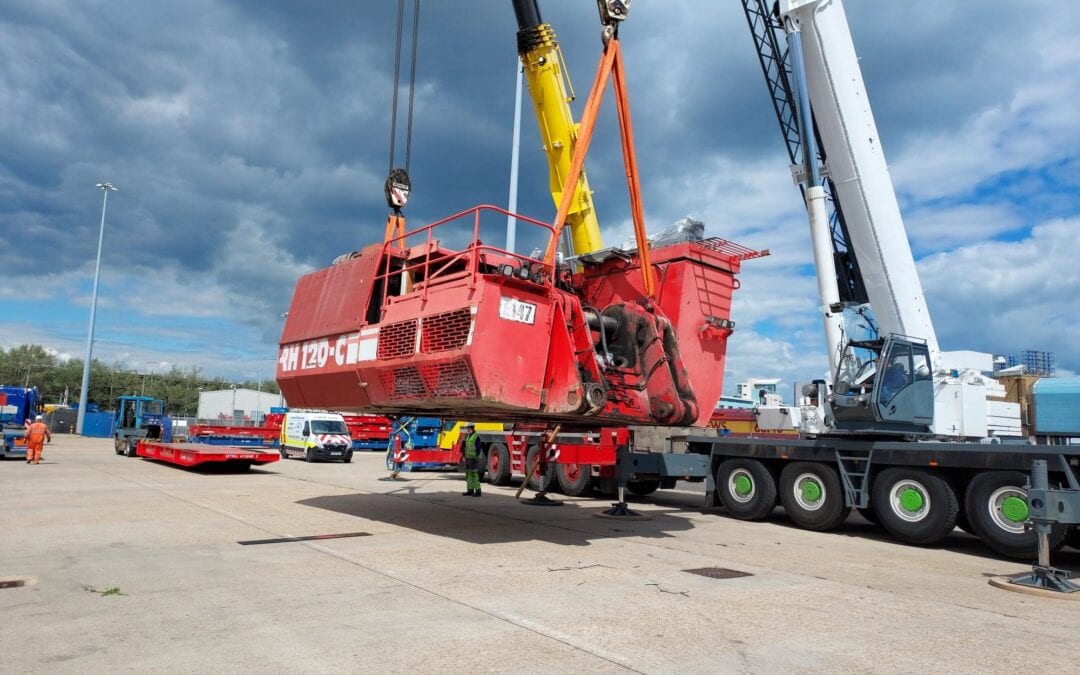 After 25 years working an open cast coal mine in the north of England, two excavators are being shipped to the Middle East for a new chapter of operations. Following shipment of the tracks and other ancillary pieces, the two 56-ton bodies were brought by road to Southampton’s Eastern Docks where we offloaded by mobile crane and placed on Mafi trailers ready for shipment to Aqaba.