SCH and Portland Port Combine to Get Azores Sailing 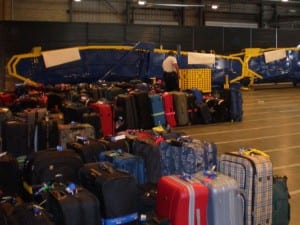 Stevedores SCH teamed up with Portland Port to ensure that Cruise and Maritime Voyages (CMV) made a successful start to the 2015 season with a swift turnaround for the vessel Azores after she was diverted at the end of a 30-day Caribbean voyage.

The Azores was due to return to Avonmouth with some 400 passengers at the end of her maiden voyage for CMV. However, bad weather forced her to shelter in Lisbon and her late arrival back to the UK presented problems in accessing Avonmouth because of tides.

SCH despatched a team of cruise operatives to handle the disembark of some 400 passengers and their baggage and the embark of a similar number of passengers. The stevedores also loaded several tonnes of ship’s stores as the classic Azores made ready for her next cruise to view the Northern Lights.

SCH Business Development Manager Lee Davis explained: ‘’We enjoy a good relationship with Portland Port and as such it was a great example of teamwork between the port and ourselves to service the Azores at short notice. We were able to ensure that there was a minimum of disruption to the schedule despite a major logistics operation involving passengers and stores.”

Portland Port General Manager Commercial, Ian McQuade added: “It was a great effort by all concerned and we were delighted to be able to help Cruise and Maritime Voyages get their passengers on their way to see the Northern Lights.”