SCH EXPANDS LINKS WITH CELEBRITY CRUISES BY SUPPORTING CELEBRITY BEYOND 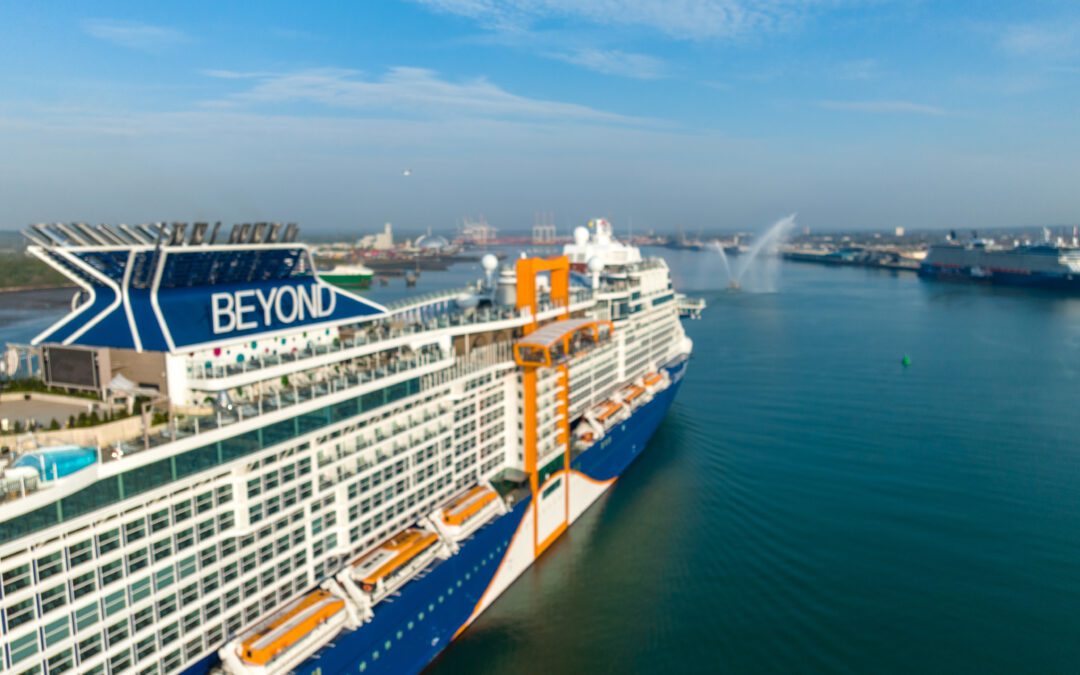 SCH is expanding its links with Celebrity Cruises by supporting the line’s new ship Celebrity Beyond on its inaugural calls in Southampton.

The prestigious visits by Celebrity’s latest vessel will see SCH provide extensive stevedoring support to the new ship as she embarks on a series of shakedown cruises prior to entering full service.

The impressive 140,000 tonnes ship, built in France and with space for over 3,000 passengers, will spend almost a week transiting in and out of Southampton on promotional voyages, before she sails on a 10-night Western Mediterranean maiden voyage.

SCH, which is also supporting Celebrity Silhouette during her summer programme of cruises from Southampton, will provide a wide range of services to Celebrity Beyond during her stay in the port, including baggage handling, mooring and stores loading.

SCH Director Lee Davis commented: “We work closely with Celebrity Cruises on their summer programme of sailings from Southampton and we have been able to utilise our previous experience on the new Edge-Class ships to help ensure that Celebrity Beyond makes a successful UK debut.”