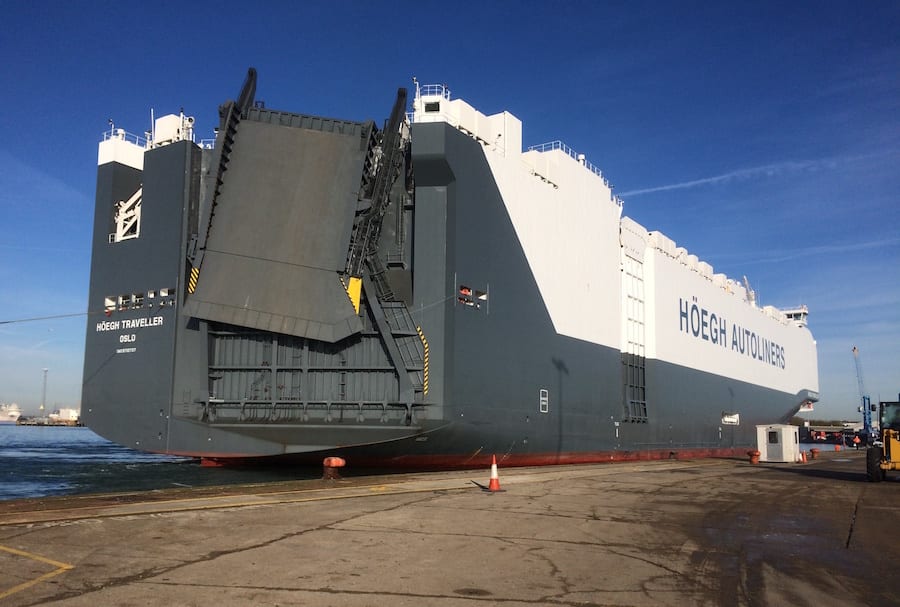 SCH has handled the maiden call in Southampton of one of the world’s biggest roll-on/roll-off ships with the visit of Höegh Autoliners’ Hoegh Traveller.

Built in China, Höegh Traveller is the fifth of six Post-Panamax New Horizon vessels that are being delivered to the Oslo-based ro-ro specialists this year.

With its deck space of 71,400 square meters and carrying capacity of 8 500 car equivalent units, the vessel is one of the world’s largest Pure Car and Truck Carriers (PCTC).

The vessel also has a higher door opening than Höegh Autoliners’ current vessels, enabling cargo up to 6.5 metres high and 12 metres wide to be loaded. Extra ramp strength allows for cargo weighing up to 375 tonnes to be loaded over the stern ramp and 22 tonnes over the side ramp.

Höegh Traveller is, together with her sister vessels, designed to minimise  impact on the environment. Energy efficiency principles have been followed throughout the ship design process and the latest technology in the market has been implemented.

Attention has also been paid on optimising  the hull form to combine high cargo capacity and low fuel consumption. Extensive model testing has been carried out to achieve outstanding performance and, in addition to calm water performance, special focus has been paid on added resistance in heavy seas and wind resistance. Furthermore, the New Horizon vessels are estimated to emit 50 per cent less CO2 per car transported than a standard car carrier.

ARRIVED IN SOUTHAMPTON FROM ASIA

Höegh Traveller arrived in Southampton from Asia on her maiden voyage, loading cargo for the voyage back to East Asia via Africa and Oceania.

SCH, which has handled Höegh ships calling in Southampton for more than 25 years, discharged and loaded some 300 ro-ro units, comprising cars and heavy cargo, on the maiden call.

SCH Director Lee Davis said: “Höegh Autoliners are one of our longest established customers in Southampton and we are delighted to see their continued commitment to maintaining a modern fleet of versatile ro-ro ships which will help them to consolidate and increase their levels of business through the port.” 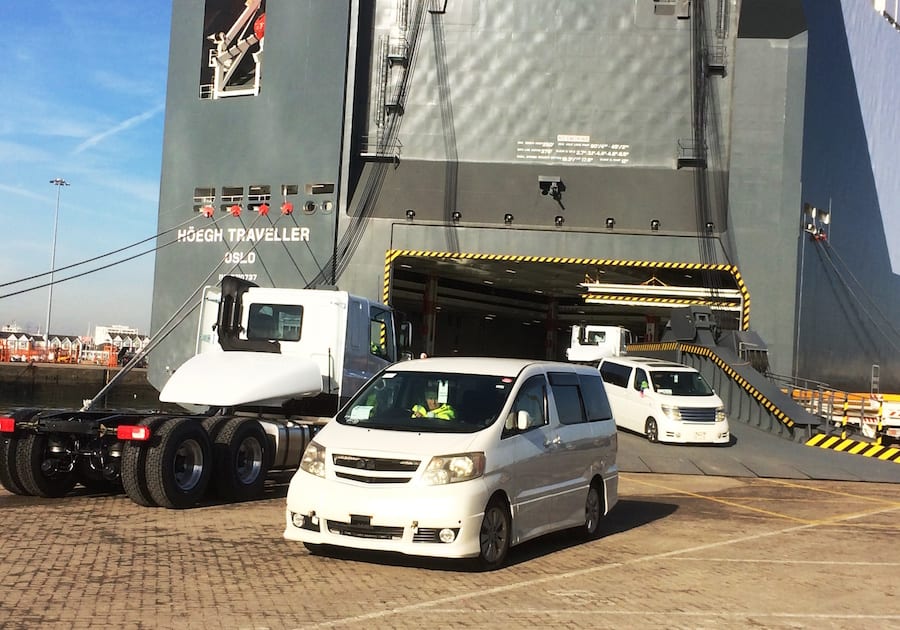