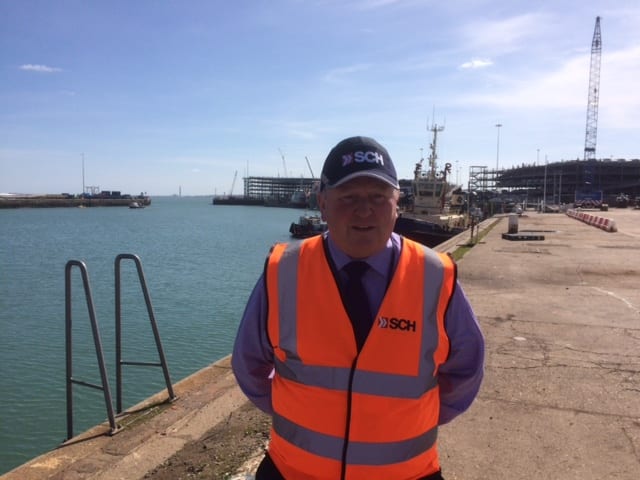 SCH has strengthened its operations management in the Port of Southampton with the addition of Paul Prince to its team.

Paul becomes Deputy Operations Director after joining from Associated British Ports (ABP) where he was latterly Stevedoring Manager in Southampton.

He joins SCH as the company continues to build its portfolio of ro-ro and cruise clients in the port, having handled a record volume of ro-ro units last year. SCH is already on course to handle another record volume in 2017 after a busy start in the first quarter.

Paul started his career with former Southampton stevedores Berkeley Handling, combining his early operations career with spells in the company’s accounts function. When Berkeley was sold to ABP subsidiary Amports in 2000, he continued his career in port operations,  spending 16 years focused primarily on managing the handling of both short-sea and deep-sea ro-ro cargoes.

He explained: “This is a great time to join SCH with the company on an upward curve. Things are getting busier and there’s the potential to win more business, both in ro-ro and cruise, using the combination of our core workforce and agency labour.”