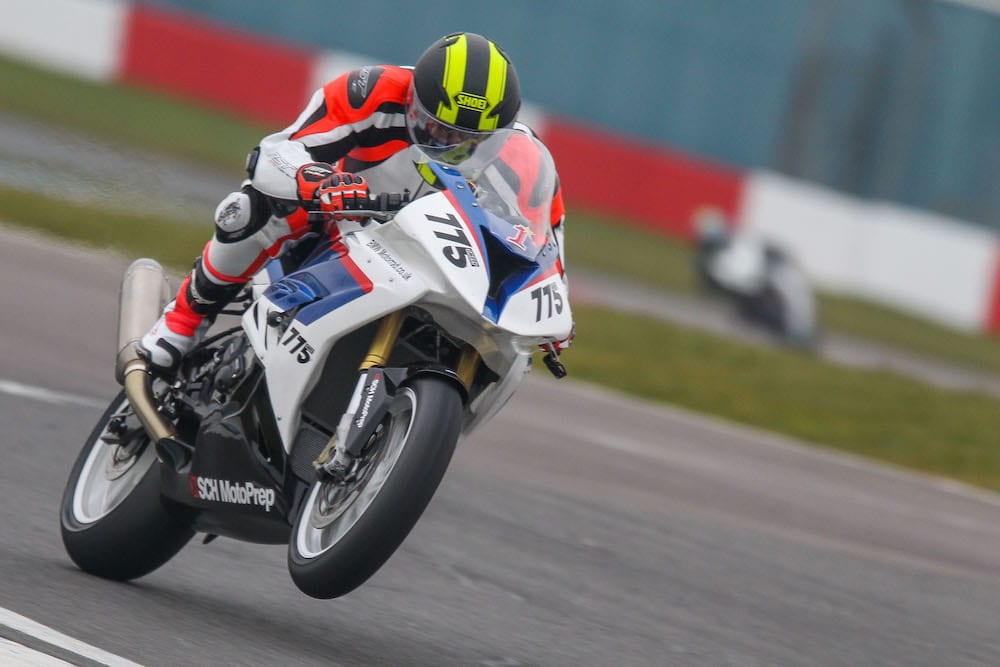 SCH Motoprep Technical Manager and Rob Smith made a promising start to this year’s motorcycle race season by securing three top five class finishes at Donnington in the first meeting of the season.

Rob was making his debut in the Thundersport GB club GP1 sportsman class after winning the Freshman class last season and his challenge this season will be boosted by riding an updated BMW S1000RR.

Having started 26th out of 40 on the grid after a frustrating qualifying session, Rob worked his way through the field in the first of the weekend’s  three races to finish third in his class and 18th overall, with his lap times ensuring a higher starting place on the grid for the second race.

Rob, who is supported by SCH in his racing endeavours, overcame a disappointing start to bag a fifth place in the second race and, after getting off to a better start in race three, had a great battle with Callum O’Shea for a few laps to eventually hold him off, securing a finish fourth in class and 17th overall.

It was a successful first outing on the SCH Motoprep BMW S1000RR and Rob is now looking forward to the next round at Oulton Park on April 21-22.