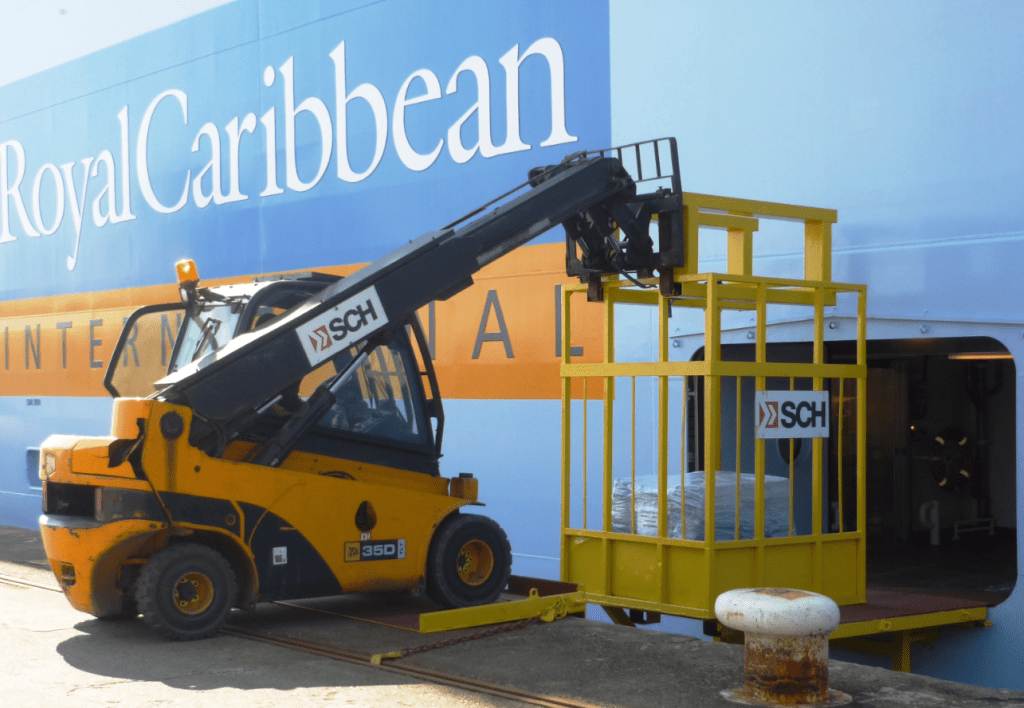 Terminal operators Southampton Cargo Handling (SCH) are utilising their considerable experience in handling cruise vessels to service the biggest cruise ship to call in the port of Southampton.

Royal Caribbean International’s Anthem of the Seas has marked her maiden call in the port with a busy schedule of short promotional cruises showing off the impressive 168,000 tonnes ship after she arrived from the builder’s yard in Germany.

Anthem of the Seas has space for 4,180 passengers and will use Southampton as her base throughout the 2015 season, with SCH providing stevedoring services for the regular disembark and embark calls. SCH is also responsible for mooring and letting go the 348m. long ship.

The latest giant cruise ship to be based in Southampton, Europe’s leading port for cruise ship turnarounds, demands a major operation to load general stores and handle passenger baggage.

SCH Operations Director Kevin Hulme explained: “It is proving to be a busy first week of operations on the Anthem of the Seas with hundreds of tonnes of stores being loaded and we have fitted this around a busy schedule of short cruises before her official maiden voyage. We are used to handling RCI’s fleet of large ships and our expertise, combined with the ship’s latest handling technology, ensures that movements of stores and baggage can be completed swiftly and efficiently.”