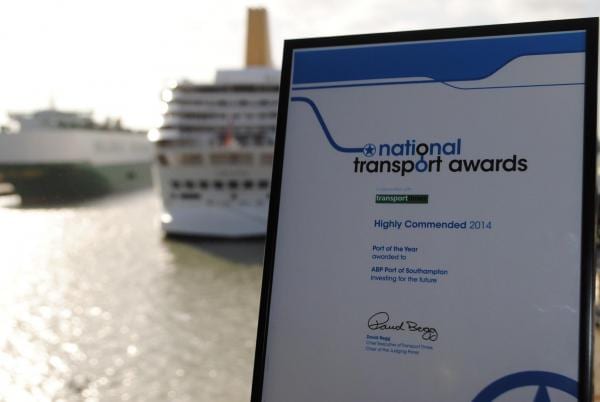 Southampton’s port has been named as one of the best in the country.

ABP Port of Southampton was highly commended in the ‘Port of the Year’ category at last month’s National Transport Awards, coming second only to Port of Tyne.

It is the latest in a series of accolades for the port, which holds the title of the UK’s most productive container port and retained its crown as the UK’s number one cruise port earlier this year.

We have provided a link to the full article below: