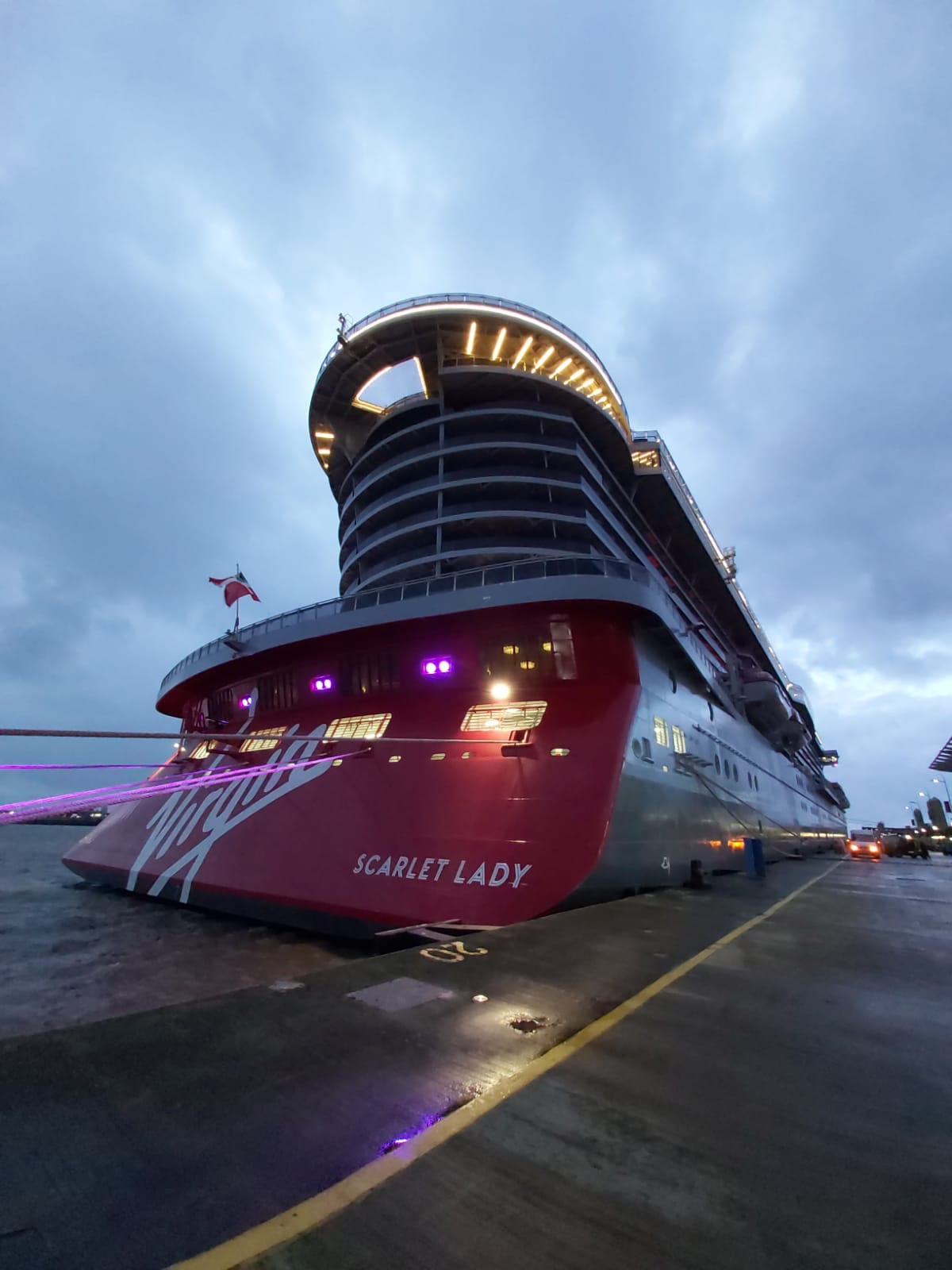 SCH has become one of the first UK companies to offer support services to the new 110,000 gross tonnes Scarlet Lady, the first venture into cruising for Richard Branson’s Virgin Group.

The impressive Virgin Voyages ship made her maiden call in Liverpool, having previously debuted in the UK with a call in Dover.

As part of its cruise ship handling contract with Liverpool City Council, SCH provided rope handling services when the ship arrived and sailed from Liverpool Cruise Terminal, after a visit that showcased her to the travel trade and other guests.

The SCH Liverpool team also supported stores loading and provided baggage handling for some 800 crew and family who joined the ship for the transatlantic voyage to her new base port in Miami. She will carry out two short preview cruises before making her maiden voyage on April 1.

SCH Liverpool Operations Manager Joe Loyden explained: “We were delighted to be one of the first cruise ship support companies to welcome Scarlet Lady to the UK, supplying baggage and stores services, besides rope handling and vehicle support for visitors. Scarlet Lady offers something new and unique to the cruise sector and was an impressive addition to the growing fleet of ships calling at LCT.”

Scarlet Lady, the first of four ships ordered for Virgin Voyages, measures 278 metres and can accommodate more than 2770 sailors (as Virgin calls passengers) and 1160 crew.

Particular attention has been paid to energy recovery, with cutting-edge technologies that reduce the ship’s overall environmental impact. For example, Scarlet Lady is equipped with an energy production system of approximately 1 MW that uses the diesel engines’ waste heat.

Ship emissions will be reduced with a scrubber system that cuts sulphur dioxides from exhaust, and a catalytic converter that lowers nitrogen oxides.

SCH will support some 100 cruise ships scheduled to call at LCT this year.