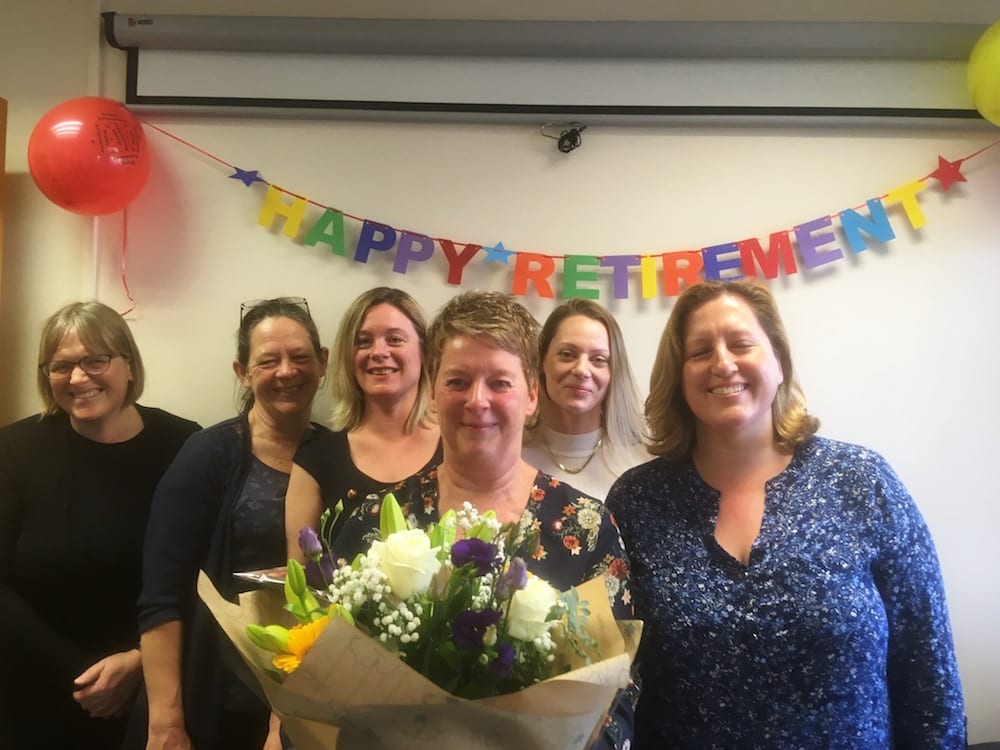 Sarah Thompson, one of SCH’s longest serving employees, has retired after nearly 30 years working in accounts.

Sarah joined SCH from port owners ABP in 1991, shortly after the company was formed the previous year. In those days, SCH was purely a stevedoring company, handling cargos ranging from fruit to cars and cruise ships to breakbulk.

By then, her role reflected the diversification of parent company, Independent Port Handling, with her invoicing task also covering vehicle preparation and cruise passenger valet parking, besides the traditional SCH stevedoring work.

“The company has grown a lot over the past few years from the old days when we were mainly a stevedoring company handling cargoes like tomatoes and bananas. SCH and its sister companies are now involved in so many things and not only in Southampton but other ports as well,” says Sarah.

After her dedicated long service, Sarah is now looking forward to a relaxing retirement and is planning to take some well-earned, longer holidays with husband Roy, who is also retiring from his job at Esso Fawley this Spring.