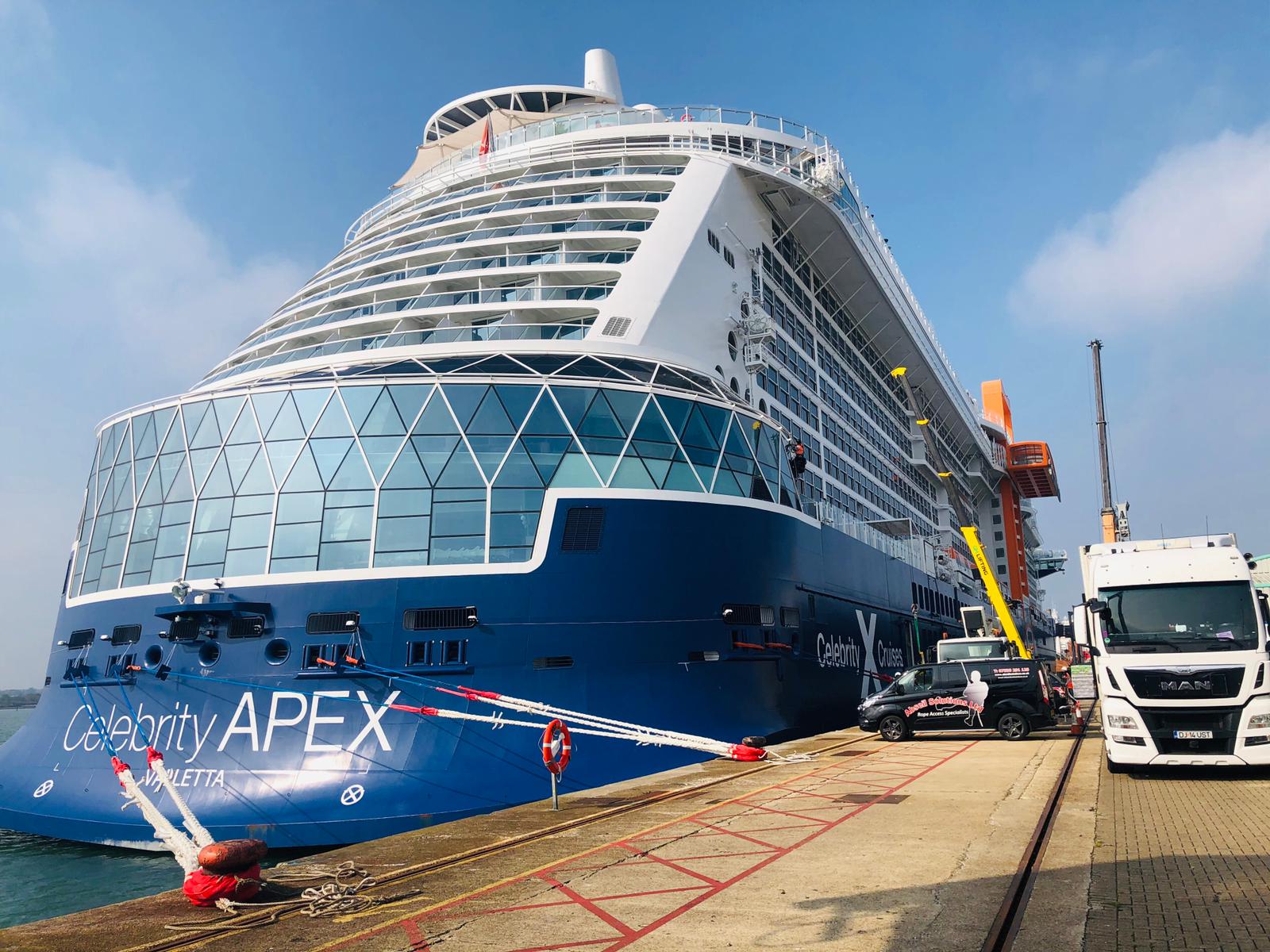 Celebrity Cruises’ impressive new passenger ship Celebrity Apex has been added to the fleet of cruise vessels handled by SCH after she made her maiden call in Southampton.

The second of the Edge-Class ships stopped off in Southampton for two days en route from her builders, Chantiers de l’Atlantique in Saint-Nazaire, France, to Fort Lauderdale.

As part of her brief stop in Southampton, SCH moored and untied the ship, while also loading around 70 tonnes of stores delivered by road transport to the quayside for her transatlantic voyage. SCH also helped to add some finishing touches to the ship by loading various items of artwork on board.

Celebrity Apex has capacity for around 3,000 passengers and, following the delays to her sailing schedule caused by the pandemic, is on schedule to start her inaugural cruising season sailing out of Fort Lauderdale to the Caribbean in November.

Her short stay in Southampton follows a similar itinerary for sister ship Celebrity Edge, which SCH also supported during her debut UK call to Southampton in 2018. Celebrity Apex is due to spend summer 2021 based in the Mediterranean, with Celebrity Cruises planning to home port the Celebrity Silhouette  in Southampton next summer.

SCH Cruise Manager Paulo Oliveira said: ”Normally we would have been looking at a full passenger operation for Celebrity Apex’s first call in the port. However, we were still delighted that she visited the UK and we were able to support her first transatlantic crossing as she looks to embark her first fare paying passengers for the forthcoming Caribbean season.”