Port terminal operators Southampton Cargo Handling (SCH) have taken their roll-on/roll-off business through the Port of Southampton to new levels after handling their 200,000th unit of the year.

It is the first time SCH, the Port’s major handler of deep-sea ro-ro cargoes, has exceeded 200,000 ro-ro units in more than 25 years of operations and underlines the impressive totals of wheeled cargoes passing through the Port. Over 800,000 units are handled annually on short-sea and deep-sea services.

90 per cent of cargo for export

Some 90 per cent of the total volume of ro-ro units handled by SCH this year has been for export, with cargoes comprising 96 per cent cars and the rest high and heavy ro-ro units such as construction plant, lorries, tractors and agricultural plant.

The milestone was reached with the cargo loaded on the EUKOR Car Carriers’ vessel Morning Champion bound for the Far East. SCH also handles deep-sea shipments by Hoegh Autoliners, Glovis and NYK Line.

SCH Director Lee Davis commented: “Our record levels reflect another bumper year for the port in ro-ro cargoes and reflect the impressive growth in our own business, particularly from EUKOR ships. The volumes are also a sign of the healthy UK vehicle manufacturing sector and it is significant that the overwhelming majority of the units are for export.” 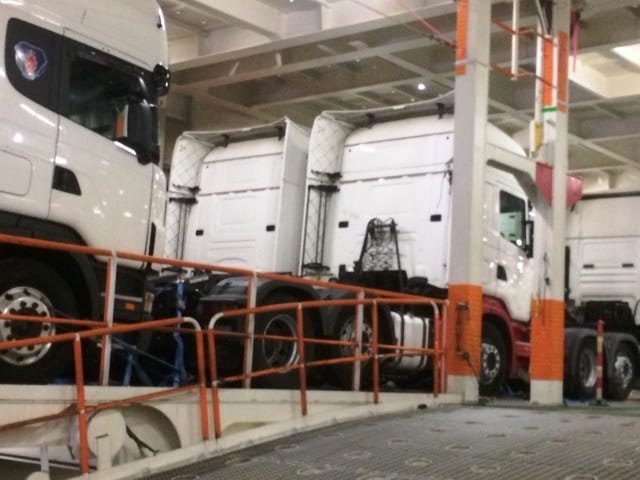